Jen Doak-Mathewson (@jpdoak) is associate director of digital engagement at the University of Connecticut Foundation. She is also a speaker on the topic of Millennials at the upcoming CASE Social Media and Community conference in Miami, Florida.

“Millennial Employees Aren’t as Different as You Thought They Were.”

“Millennials are the ‘New-Age Heroes.’”

“American Millennials Are Some of the World’s Least-Skilled People.”

“Why Millennials Are Good Workers.”

These are just four of the articles published about Millennials in 2015—and four of thousands written over the past two decades. No one seems to understand exactly what makes this group of people different from the Baby Boomers or Gen-Xers, but everyone seems to be sure that they are, somehow, different. It seems to be a source of anxiety for many people, as shown by the number of clickbait articles written on the topic.

If you work at an educational institution, Millennials are probably a segment of the community you’re trying to reach: they are alumni, students, donors, coworkers and, for independent schools, parents. And maybe some of the characteristics described in these articles ring true—you probably do know people born between 1982 and 2000 that take selfies, have helicopter parents and love participation trophies. Similarly, if you know a Pisces, you might look at her horoscope and think, “Oh, yeah, she’s definitely creative, generous and amiable.”

While I don’t doubt the creativity of those born under the sign of Pisces, my point is that these so-called traits only truly fit some portion of Millennials—and also apply to other generations. And that’s the problem with applying broad stereotypes to any group of people and accepting it as truth, you often miss the full picture of the people important to YOUR institution.

“Findings” About Millennials Can Also Apply to Other People.

Not so much. With the advent of the Internet—used by a majority of most generations—and greater choice in the ways we consume, marketing has evolved away from billboards and blasts and toward email preferences, narrowly targeted social posts and mailers based on your shopping habits. This claim is less about the characteristics of a certain group of people and more about the effects changes in technology, media consumption and other external factors have on societies. 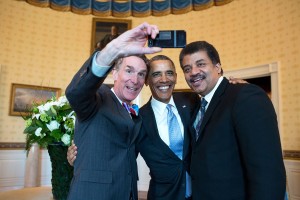 There was a well-traveled Medium post several months ago on “A Teenager’s View of Social Media,” by Andrew Watts. Many people accepted it as gospel: It was written by a 19-year-old male at the University of Texas, a genuine younger Millennial person at a college, and so his habits are a clear indicator of what all young Millennial people at college do.

Danah Boyd wrote a terrific response to this article, also on Medium: “An Old Fogey’s Analysis of a Teenager’s View on Social Media.” She sees Twitter as a prime example of the inherent bias in the article. Ongoing activism on the platform, such as #blacklivesmatter and #muslimlivesmatter, directly contradicts the claim that “a lot of us simply do not understand the point of Twitter.”

In other words, a teen at the University of Texas or a journalist at the New York Times don’t always have the best vantage point from which to make generalizations about large swaths of the population.

Watts also claims teens don’t use Facebook much, except for groups. This may ring true for some, and yet an American Press Institute study finds that Millennials actually do use it more than they admit—88 percent of them get news from Facebook.

I’m willing to bet your stats on Facebook posts indicate greater engagement than is implied by one teenager’s view. And I bet that many of the prospective students you want to reach are listening on Twitter, even if they don’t use the platform to engage with schools. It’s up to you to listen back.

When It Comes Down to It, We All Want the Same Thing.

Take a closer look at who you’re trying to connect with. Maybe your community members went to prep school, others were publicly educated. Maybe some work full-time, some are parents, some were born outside of the country where you institution is located and others have never left their hometown. But when you think about what resonates with your community, themes emerge: We want to feel like we belong, like we have a home. We want to become better at something, more effective co-workers or leaders or organizers. We want to feel pride, remember the good times, and feel optimism for the future.

Your institution is in a prime position to create that sense of community. It’s got a responsibility to teach and guide and empower. A school, college or university is the conduit for amazing things when it connects smart people to each other. And those are things we could all use a little more of–not just Millennials.

I’ll be speaking more on this topic at the 2015 CASE Social Media and Community conference and would love to hear your thoughts!