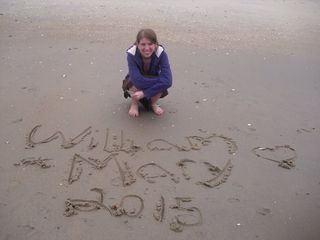 Susan Evans is the director of creative services for the senior strategic communication team at the College of William & Mary.

When I google “William & Mary Class of 2015,” the top result is the Facebook page we created for incoming students. In just a few days, these bright and hopeful new students will show up on campus for orientation. They’ve been active members of our community for months.

The Undergraduate Admission team hosts the Facebook party while students are deciding. Admission selects a group of current students (Tribe Ambassadors!) to field questions and generate discussion within the online community. Don’t misunderstand the intent, a primary goal is to convince the best students to attend William & Mary.

By May 1, some percentage of admitted students become enrolling students and the wildly enthusiastic orientation team takes over the management of the Facebook page. Throughout the summer months, orientation staff post reminders and instructions, but the bulk of the conversation is, as it should be, among the enrolling students.

As of August 11, 2011, the page had 1,610 “Likes.” (Note: William & Mary typically enrolls a freshman class of 1,450.) Photos, videos, and the personalities of incoming students fill the space as connections are made, fears are allayed and information is shared. In a recent seven-day period, the vibrant community produced:

Comments and posts run the gammet; everything from “Who else is in love with Harry Potter?” to “Where can I find a move-in schedule?” to “Does anyone know if there’s a limitation on how many posters you can hang up in your dorm?” to “So who else is in the 7 person Caribbean Identities class?”

Since December 1, this enthusiastic crew of incoming students also started (and continued) 81 discussion topics covering everything from “Rock Climbers??” to “Favorite Books” to “Need a cheap minifridge?”!

Like many colleges and universities, William & Mary first used a custom spot within our campus portal as the online community for admitted and new students. The portal solution worked for a while but about five years ago, we abandoned it and moved to Facebook. For those who are thinking about creating an official Facebook presence for new students or wondering how to turn it up a notch on an already established page, consider this:

Convenience matters. Facebook is pervasive and 18-year-olds are there in abundance. Splashy microsites aside, prospectives are influenced by what their friends are saying about your school. And, enrolling students are more likely to stick around when they regularly and easily see your content. If it’s convenient for me, I’m more likely to…

This is how they do it. Raised with online communities, using social media as a support system for one of life’s biggest transitions (leaving home and going to college!), is the way it’s done. Connecting with potential roommates, remembering to sign up for classes during a particular time slot and beginning to see yourself as a put-your-college-name-here student are just a smattering of the possibilities on Facebook.

Lurk. Yes, the official staff sponsors should be part of a Facebook community for admitted and enrolling students. But think of your role as a mostly silent partner. Offer concrete instructions and reminders about deadlines and, of course, step in to correct the facts. Otherwise, appoint current students you trust, and let the conversation go on without you.

These are paying customers. Student-centered. Period. (Well, actually, a bit more.) Don’t underestimate the time it takes to read and respond to Facebook content. Be certain that current students who are employed to participate in the community understand the ongoing commitment. Giving your customers what you promise requires follow through.

Hey, what about me? Your grandmother is on Facebook, so assume parents of your prospective and incoming students are part of the equation. (To the relief of my 20-year-old daughter and her 23-year-old brother, I learned to clip my helicopter tendencies because of my responsibilities for communication related to admission and new students.) The Class of X Facebook page is for the students, but anticipate parent participation and decide early on how to handle their posts and comments.

All in all, I think Facebook is a flexible and powerful way to start a community that effectively recruits and orients students. Luckily, move-in day comes around annually and practice makes perfect.

6 responses to “This Is How They Do It”