There is something intoxicating about live theater. Think about the last performance you saw—how you were drawn to the stage, engrossed by the stories, moved by the raw emotion. The audience travels with the characters, mesmerized. People in the business call this “theater magic.” Early in my career (I studied performing arts and worked as a stage manager for six years, then I moved into arts administration), I had the good fortune to play a part in making theater magic happen.

It isn’t only magic, as we all know. Despite the work, care, and coordination that go into a production, it isn’t the production itself that mesmerizes: It is the people at their best, working collaboratively, making the seemingly impossible possible. It is also the artistry of the performers, the writers, the designers, directors, and choreographers.

Theater was ripe training for what we do in advancement: relationships are at its core; we work hard for long hours; we’re creative and strategic; we achieve remarkable things while managing limited resources. Theater is truth-telling via storytelling. 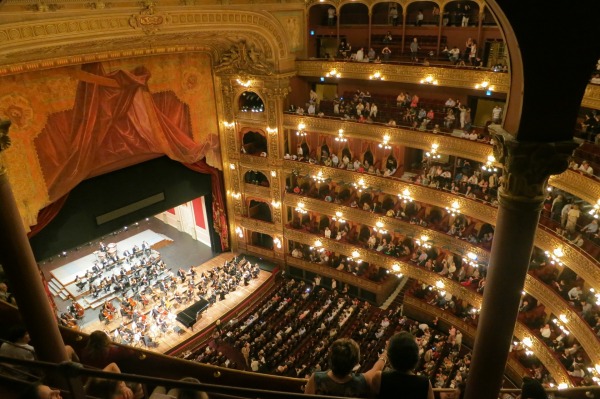 Telling education’s complex story is the professional challenge of our day. Like stage managers, we are given the remarkable privilege of behind-the-scenes access, watching the magic come to life. We see our alumni move successfully through the world, engaging in their communities and making a difference. Like stage managers, we are instrumental in shaping our institutions’ stories and how they reach our audiences and move them to understand the transformative power of education. We spotlight the impact our institutions have on the lives of our students and community members. We set the stage and work to ensure that everything runs on cue. And we manage the situations when things don’t go according to script.

We find ourselves at a time when the very value of education is being questioned in numerous countries by political leaders, parents, and pundits. Somewhere, it seems, the plot got lost. The lines heard the loudest are not only from those with legitimate questions about how our institutions function and why the price of education keeps rising but also from those who may not understand our work.

Those of you who joined us in March for our livestreamed discussion “Claiming Our Story” heard the panel identify two important areas that we must address. First, we must search for the grains of truth in the barrage of criticism facing the education sector and do what we can as leaders to tackle issues of cost and price. Second, we must not let the richness, value, and diversity of education be drowned out in the cacophony.

Read more about demonstrating the value of higher education in Sue Cunningham’s President’s Perspective column in the May/June issue of Currents.

2 responses to “Our Institutions on Stage”