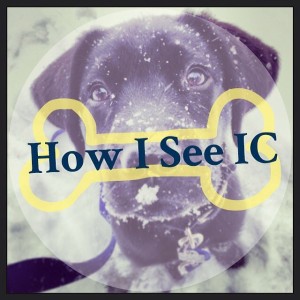 I make no secret about the fact that Instagram is my favorite social medium. It allows amateur (and professional) photographers to share the way they view the world and is full of unique perspectives that I love to see. Quickly search for hashtags like #fromwhereistand, #replacemyface and #sidewayscity and you will see that unique perspectives are what the Instagram community thrives on.

When I started my position at Ithaca College last fall, I wanted to bring the excitement of these perspectives to the college Instagram account. Takeovers of institutional Instagram accounts aren’t new to higher ed but they are new to the IC community. They not only give a voice to one student in a sea of other students, but they give us insight into perspectives that we, as institutional employees, don’t usually have access to. Also, the medium gives prospective students a truly authentic view of how peers experience the institution.

When I began the Ithaca College Instagram weekly takeovers, which we titled “How I See IC”, I met with each student who wanted to takeover the account for a day and asked:

When Shannon Samuels, a sophomore, came to talk to me, she mentioned that she is a member of the IC chapter of Guiding Eyes for the Blind and that she’s co-raising a black lab puppy named Arthas. After our conversation, we decided that instead of showing the day from her perspective, it would be fun to show what a day in the life of Arthas is like. He has his own daily schedule and classes, so it wasn’t much of a stretch to see him as just another college student.

Leading up to the takeover, Shannon and I discussed Arthas’ daily routines and the need to take some of the photos in advance. When the day of the takeover arrived, I was just as excited as everyone else to see the pictures and video that she posted.

“Backpack is packed. Bandana is tied. Time to go to class!”

We tried to write the photo captions so that they seemed to come from Arthas himself. 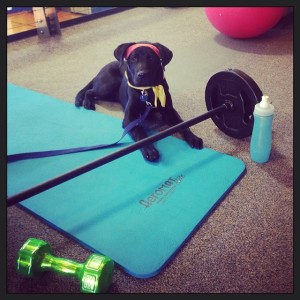 As the takeover progressed, I began seeing more and more excitement about it on Twitter.

It even gained the notice of the national Guiding Eyes for the Blind organization.

@ithacacollege We LOVED it- thank you!!

After the takeover finished and the cuteness had settled, its success was undeniable. Overall, the pictures received three times more likes than previous takeovers at Ithaca College, and each post averaged 242 likes, double that of the previous leader. And, the Ithaca College Guiding Eyes Instagram account gained almost 100 new followers. But, my favorite metric is that the director of marketing and communications at the national Guiding Eyes for the Blind organization was so impressed with Shannon’s creativity that she was offered a summer internship in the organization’s marketing department.

What I learned from this takeover, besides wishing that we could include a puppy in everything we do, is to find those unique student (and puppy) perspectives on campus.  Each will be successful if we showcase a program, club, or student in a way that excites the audience and gives them a glimpse of a part of campus or student life that they wouldn’t have otherwise been able to see.