Chris Syme (@cksyme) is principal at CKSyme.org, a consulting firm in Bozeman, Mont.

Snapchat, a social media app that allows users to share photos and other information that self-destruct after a period of time, is a hot topic of social media conversation on campuses. Several institutions are experimenting with the platform; others have tried it and left. Recently, Mashable published market research from Sumpto stating that more than three-quarters of college students on social media use the platform every day. Given this data, more institutions might want to take another look at Snapchat. 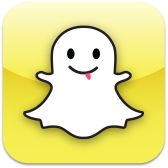 The real gold in Snapchat is using the “stories” feature, launched last fall, which allows users to string together a series of “snaps” that tell a story in chronological order—using either video or stills. Clever snappers use the doodle function to liven up their stories with art and text. Each snap in a story has a 24-hour lifespan, so as the hours pass, the story gets smaller, and then disappears when the last snap reaches its time limit. Schools can use both stories and regular snaps depending on the campaign.

Snapchat is easy to use. Set up an account and start following other accounts to see what is being posted. (You’ll need to download the app to your mobile device first.) There are several good tutorials on YouTube—search “how to use Snapchat” to find them. Here are several accounts that I believe use the platform effectively. (The account names are in bold.)

Snapchat also has a business development team to help brands get going. I found them extremely helpful.

Here are some institutions that are using Snapchat.

How should institutions use Snapchat? Make sure you think through how you’re going to use the tool strategically, consider including specific goals with specific measures. Also, cross promoting with Twitter and Instagram, two other platforms where many students hang out, is a must. Amy Jo Martin, head of Digital Royalty, a social media consulting firm, says:

Take risks and fail early so when everyone else hops on the bandwagon their failing process begins when you’re winning.

Yes, Snapchat is one more channel for limited resources, but if you like to experiment, you may want to try and ride the wave while the surfing is good. Next year, it might be another platform that 77 percent of college students use daily.

Is your institution on Snapchat? Share its experiences below.

5 responses to “Taking Snapchat for a Test Drive”