Cameron Pegg (@ghostwhowrites) is executive officer for the deputy vice chancellor and provost at Griffith University in Queensland, Australia. 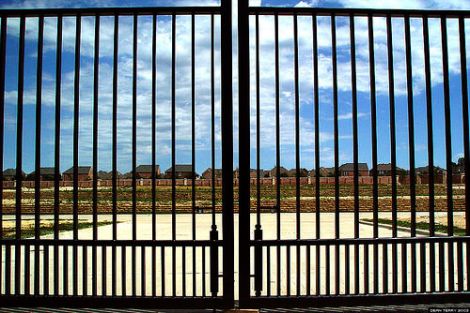 Don’t lock your readers out

Not too long ago, if someone asked about your alumni magazine’s distribution strategy, you’d point to a mailing database and that would be the end of the conversation. That was when alumni magazines resembled gated communities—the only people allowed in were those on your subscription lists.

These days, many institutions produce online and mobile magazines that provide unprecedented opportunities to engage with a global audience and unlock the gates. But simply placing everything online or on an app won’t engage your stakeholders. The right social strategy can help your print magazine do its job year-round and not just in the short window after it arrives in mailboxes.

The following case studies show how some universities are using social media to extend and enhance the reach of their magazines.

Building your brand in between editions—Harvard Magazine

“Keeping alumni of Harvard University connected to the University and to each other.”

That’s the blurb at the top of Harvard Magazine’s Facebook page, and it’s a succinct reminder of why alumni publications exist in the first place. Harvard’s enviable resources have been put to good use and the magazine’s Twitter account is now followed by 17,878 people. (That’s more than most institution-wide accounts!)

Harvard Magazine’s Facebook page gets things right—it posts daily, almost always links back to its own content and provides a simple sign-up form for the magazine’s weekly e-news to grow the readership even further.

The University of Virginia acknowledged the transformative role played by social media in the wake of the controversial firing and re-appointment of President Teresa Sullivan earlier this year. In a special e-newsletter
edition produced in July, the magazine offered deep coverage of the issue, including a Storify-esque round up of coverage that included substantial critical commentary.

The extraordinary fall 2012 print edition subtitled “17 days in June” provides dozens of additional pages of coverage and contains illustrated timelines and lengthy perspectives from the major players, including President Sullivan. This multi-platform approach provided alumni with complementary and timely coverage of a defining event in the university’s history.

Indiana University Bloomington and the University of Florida regularly post Instagram campus shots that encourage students and alumni to share their warm and fuzzy feelings with their university communities.

Drake University, meanwhile, is all over Pinterest, with more than 100 pins inspired by its loveable bulldog mascot. Whether deployed on a photo-specific platform or shared via Twitter or Facebook, images are a great way to build school pride and encourage alumni to contribute to the conversation.

In the spirit of sharing, how are you using social media to increase the lifespan of your alumni magazine?