It wasn’t too long ago that I was the wide-eyed newbie in the front of the room at my first CASE Social Media Conference.  I was already using social media in my personal life but the thought of running accounts and creating content for Rensselaer’s alumni groups seemed daunting.  Fast forward three years and three CASESMCs later—and I’m still the wide-eyed guy in the front of the room… but mostly because I have terrible distance vision.

In the span of the past three conferences, I’ve grown more confident in my abilities as a social media and community manager.  So why, if that’s the case, do I keep coming back to the conference year after year?  There are a few reasons: 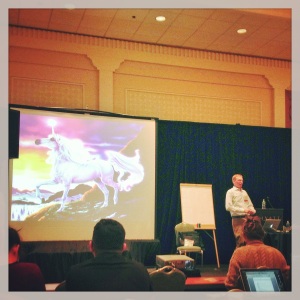 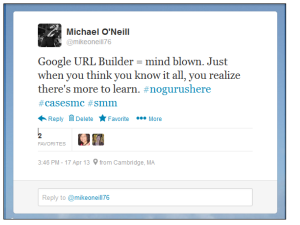 Which leads to three other reasons I keep returning year after year:

Next year, I look forward to attending the CASE Social Media and Community Conference again.  Not only to recap the year with old friends but to learn from new ones.

2 responses to “Revealing the Mythical Beast”